Lieutenant Jack Edwards (LGS 2014) was honoured to be presented with the Beaufort-Wharton Award at Ceremonial Divisions, held at HMS Collingwood, Fareham in Hampshire.

The prize is awarded to the Initial Warfare Officer achieving the highest marks in navigation for the 2021-2022 training year at HMS Collingwood.

Jack, who joined the Navy in 2019 received the Prize at the annual Ceremonial event, from First Sea Lord and Chief of Naval Staff, Admiral Sir Benjamin Key KCB CBE ADC.

Jack is now serving as the Officer of the Watch 2 and Intelligence Officer on HMS Northumberland. During his career he has served onboard HMS Pembroke, HMS Richmond and HMS Prince of Wales. He cites his most rewarding appointment as being involved in Operation CETO from January to April 2022. He said “It was a very unusual CETO deployment; we found ourselves in the Mediterranean and almost visited Gibraltar. We also spent a lot of time in Norway, including Stavangar, Trondheim and Narvik. We participated in the largest NATO exercise in the Arctic for 30 years (CR22), where I saw the northern lights.”

Originally from Leicestershire, Jack now lives in Leatherhead, Surrey. He enjoys history, reading, polo and hiking in his free time.

Speaking of receiving his award Jack said “The news came as a very welcome surprise, almost a year after I completed my training and while Northumberland has been busy preparing for our next OP CETO deployment.  I’m very grateful to the officers and ratings of HM Ships Richmond and Pembroke who trained me and to the staff at the Navigational Training Unit. Without them I would not be where I am now.”

Each year HMS Collingwood holds its annual Ceremonial Divisions on completion of which a prize giving ceremony takes place. The guest of honour at this year’s event was First Sea Lord and Chief of Naval Staff, Admiral Sir Benjamin Key KCB CBE ADC.

We managed to catch up with Jack and ask him some questions before his next deployment:

What does receiving the Beaufort-Wharton Award mean to you?

It’s nice to have the recognition and know that all the hard work paid off. The training pipeline for junior Warfare Officers is long – I joined the RN in January 2019 and it wasn’t until June 2021 that I passed the final assessment and received my Officer of the Watch qualification.

Was it a surprise receiving the award or were you expecting it?

Each training year there are 8 IWO(C) courses for qualifying Officers of the Watch, with 10-15 students on each course. I was surprised to receive it; I had been on the first course of the training year so I’d sort of forgotten about it.

What do you enjoy most about what you do?

I really enjoy being at sea, especially when we are doing something interesting such as shadowing Russian vessels passing through UK area of interest. During our last trip we were tasked with shadowing three Russian warships as they sailed from the coast of Norway to the Mediterranean. I also enjoy working with NATO navies.

During the last trip we had some fun port visits and interesting experiences. The highlights included the pretty city of Trondheim in Norway and the stunning fjords and mountains of Norway’s arctic. We spent roughly two weeks in the Arctic Circle; it was very cold, and the seas were often rough, but seeing the northern lights and fjords was amazing. We also visited Tallinn, Estonia with Standing NATO Maritime Group 1 to which we were attached for about a month (SNMG1, a permanent NATO force which patrols the North Atlantic and Northern Europe to deter Russia and provide maritime security and reassurance, NATO nations contribute ships on a temporary basis). Tallinn is a very pretty city with an impressive medieval walled centre. It is also a really fun city, and we all had a lot of fun. A particular highlight was a party we hosted for officers from the other ships in the task group and some Estonians.

Were you part of the CCF when at school and did that play a role in you joining the Navy?

I was indeed part of the CCF Navy section – which was a factor in deciding to join. I remember that we always used to have more fun in the navy section than the others: we’d go sailing at a reservoir in Derbyshire, spend most of the time messing around, and have fish and chips afterwards! I can’t mess around with warships in quite the same way as little sailing boats, but it’s still good fun. We were deployed up to the Norwegian Arctic this year. It was very cold but we saw the northern lights and had an enjoyable visit to Trondheim. We also spent time with NATO and had a really good trip to Tallinn, Estonia.

What’s next for you? Any more exciting deployments that you can talk about?

We are sailing for our next deployment on 22nd August. HMS NORTHUMBERLAND a Type 23 Frigate designed for Anti-Submarine Warfare. The RN always have a Type 23 on duty to respond to Russian submarines in the North Atlantic. For the next four months it will be our job to track any Russian submarines in the North Atlantic so that we can protect our on-patrol Vanguard Class SSBN (the submarines which carry the Trident Nuclear Deterrent). There was a documentary earlier this year – Warship Life at Sea, on Channel 5 I think – which followed NORTHUMBERLAND during one of its previous deployments.

The deployment will be four months long, with the ship due back in Plymouth just in time for Christmas. I will not be doing the full deployment as I am due to leave the ship at the end of September. The current plan is for me to go to the Defence College at Shrivenham for six months to learn German. I will then be on an exchange with the German Navy for two years; I will probably be serving on one of their frigates, likely based out of Kiel. 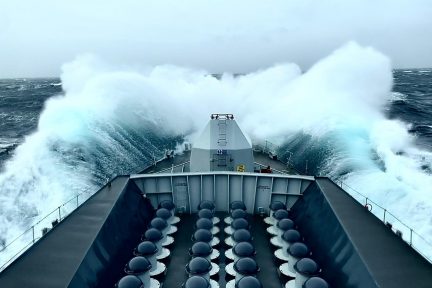 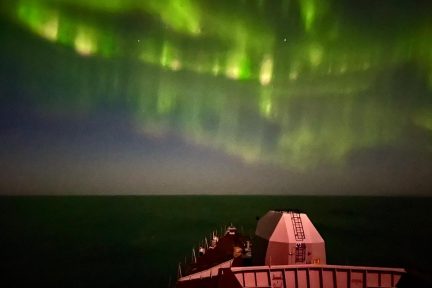