On Tuesday 28 June, we were delighted to welcome our special community of donors and friends back to campus for the official opening of the Parkin Sports Centre at Loughborough Schools Foundation. Guests explored the archives, met sports prefects and received a personal update from Dr Fiona Miles, Head of Loughborough High School, and Jo Hackett, Director of Sports, before touring the new facility.

Originally opening in 1959, Loughborough High School’s gymnasium had remained much the same. Alumnae often recall fond memories of playing ‘Pirates’ using the ropes and wall bars and less fond recollections of the compulsory communal showers! For girls in particular, sport has a transformative power at whatever level they play. It builds confidence and self-esteem, develops team-work and grit; perseverance and resilience. It is where girls learn to win and lose graciously and to pick themselves up again. Most importantly, it is through sport that lifelong friendships were formed. 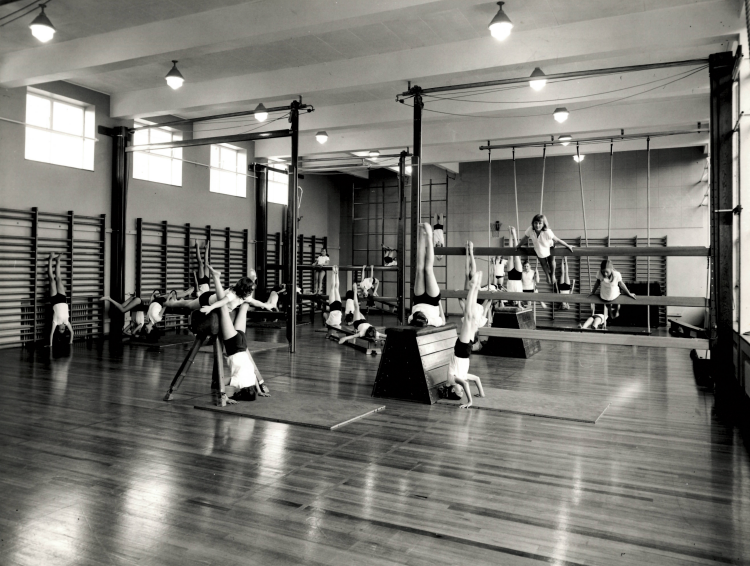 In 2017, with Our Lady’s Convent School having recently joined the Loughborough School family, there was a pressing need to modernise the sports facilities to enable the growing numbers of current pupils to enjoy the same spirit of participation, engagement, variety, fitness and competitive success enjoyed by all those who had passed through the Gymnasium before them. We launched the #GetSetGo Sports Appeal to help fund the development and purchase new equipment for the Fitness Studio.

Shortly after building began in 2018, plans for the creation of a new Sports Hall adjacent to the existing gymnasium ground to a halt when badgers moved onto site! Alumna, Sophie Barrell (LHS 2011), recalls how these surprise guests provided her with an employment opportunity as an Ecological Consultant advising the Schools about their troublesome residents.

With the badgers safely relocated, work to transform the existing gym and changing rooms into a new dance studio, fitness suite and classrooms quickly resumed.

Who was Sheila Parkin?

In 2017, as the vision for a new sports facility to transform girls sport was being conceived, we were saddened to hear the news that alumna Sheila Parkin (LHS 1953) had passed away. Sheila had long said that some of the happiest times of her life were spent as a student at Loughborough High School.

Throughout her early years at school, Sheila was a top student, known for her excellent memory and regularly appointed as form captain. During her teenage years, Sheila enjoyed playing table tennis, country dancing and holidays with her friends.

After school, Sheila entered employment within the Civil Service where she spent the next 47 years, being invited to a garden party at Buckingham Palace in recognition of her distinguished and long service.

Sheila remained in touch with Loughborough High School and her old school friends throughout her life. The Development Office helped Sheila’s friends to organise a fitting funeral conducted by the School Chaplain and featuring the School hymn. Sheila’s final gift to Loughborough High School was to generously remember the school that meant so much to her in her Will. The Parkin Sports Centre is a lasting memorial for Sheila and celebrates her life and the impact her philanthropy will have on today’s pupils.

Who was Miss Margaret Leigh?

In 1952, as Sheila was entering her final year at Loughborough High School, Miss Margaret Leigh joined as a teacher of mathematics. Countless alumnae have happy memories of Miss Leigh who went on to become Deputy Head in 1964 and remained at the School until her retirement in 1981, at which point she joined the Old Girls Committee. 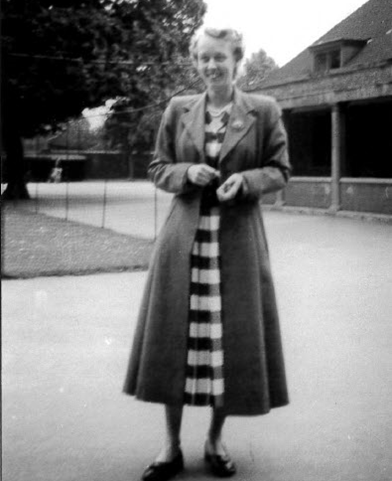 "Miss Leigh was kind, gentle and understanding and had the rare gift of being an exceptional teacher, especially for those less gifted mathematically."

Miss Leigh’s devotion to the School prevailed throughout her retirement with her attendance at every OGA meeting, usually surrounded by a cloud of alumnae who all wished to talk to her. Margaret Leigh sadly died in 2017, aged 92, and Loughborough High School wished to mark her outstanding service to our School by naming the newly completed Fitness Suite in her memory.

After being delayed several times by the Covid Pandemic, we were delighted to celebrate the #GetSetGo Sports Appeal with our special community of donors who made the project possible, along with Sheila’s closest friends and Margaret Leigh’s family. Without the generosity of alumni, parents and friends, the vision for the Parkin Sports Centre would never have been realised.

Today, sport remains central to our vision of a broad, well-rounded education and we have seen some fantastic sporting achievement this year, including success in county and regional tournaments and we also boast the fastest 17 year old female over three hundred metres in the world! We also have some strong links with the top ranked university on our doorstep and through the Lawn Tennis Association at Amherst school.