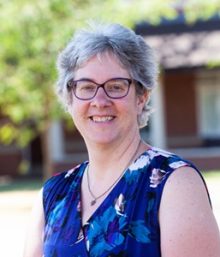 Rowena joined the Civil Service from University, beginning in an inner city benefit office and then holding various posts with Department for Education’s forerunners both regionally and nationally, including working on Jobseekers Allowance legislation, developing a National Qualification for Head Teachers and the regionalisation of the European Social Fund. She has also spent some time on secondment to the Royal National Institute for the Blind’s vocational college.

She was brought up initially in the Netherlands but returned to the UK for secondary education at LHS, before reading Geography at Cambridge; where she was chair of Student Community Action – the university’s volunteering service. A keen hockey player at school and university she now supports her daughter (ex LHS) and son (ex LGS) in their hockey ambitions