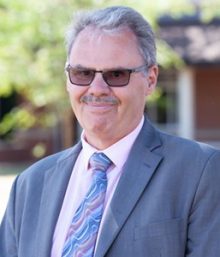 John Feather has been a Governor of the Foundation for 15 years. He was educated at Heath Grammar School, Halifax, and The Queen’s College Oxford where he read English. After working in a publishing business and in librarianship, he came to Loughborough University in 1977, becoming a Professor in 1987. He was subsequently Dean of the Faculty, Dean of the Graduate School and Pro-Vice Chancellor. He is now an Emeritus Professor.

John became deeply involved in international work for the University (especially in student recruitment from south-east Asia and China), for the British Council (in Pakistan, southern (now South) Sudan, Thailand, Malaysia and China), and for UNESCO. He has been involved with many organisations including the Arts and Humanities Research Council, English Heritage, DCMS, the Arts Council, the British Council and the British Library.

John has lived in Quorn for more than 30 years. He is a dedicated and vocal (some have said too vocal!) supporter of Leicester Tigers. His cultural interests include contemporary fiction, music, theatre and opera, interests which he shares with Sarah, his wife. He is a cook whose food is alleged to be edible, a lover of good red wine and, perhaps not surprisingly in those circumstances, a Francophile