I have been teaching English at Loughborough High School since January 2015. My teaching career began a few days after handing in the final dissertation for my literature degree, at which point I took up a position with a school in the Palestinian West Bank. I remember my first lesson there very clearly: it was a class of young secondary-age children; I was tasked with teaching them conversation skills. This turned out to be quite easy, as all they wanted to do was talk. I told them about England, and they told me about life as a Palestinian. I left that lesson very happy with my decision to become a teacher, mainly because the exchange of knowledge and interests had been so exciting.

"The pupils have a very healthy thirst for knowledge, which makes my role wonderfully stimulating." 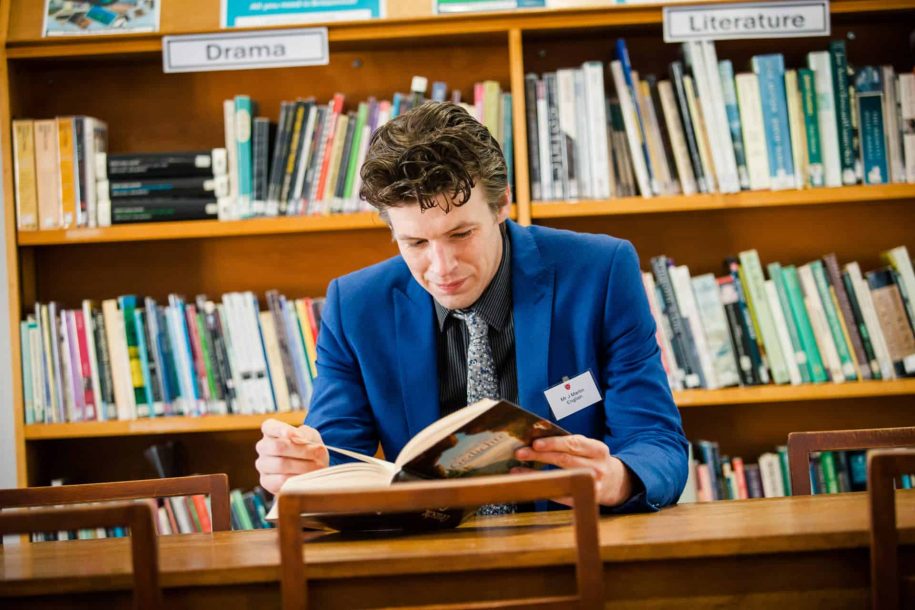 I think that sort of exchange is something really important at Loughborough High School. The pupils have a very healthy thirst for knowledge, which makes my role wonderfully stimulating. I am always doing my best to be interesting for them, and to be interested in their ideas. A good teacher at this school should certainly have plenty of knowledge and expertise to offer the pupils, but my aim is also to show them that what they have to offer is also of value, and something of which to feel proud. The best moments in class are when one of the pupils shares an idea, or reads out a piece of her work, that invokes a moment of contemplative, awe-struck appreciation (or sometimes rowdy applause) among her peers.

After a very enjoyable time in Palestine, I sought out more teaching work abroad which included roles in Azerbaijan as well as (briefly) Thailand and India. I then came home to undertake my PGCE training, and went on to work in Norfolk, Hampshire and Oxford. I greatly enjoyed establishing my career in this wide range of schools, but Loughborough High School presented some unique qualities that I had not experienced beforehand. I think the most notable of these is, quite simply, the atmosphere: Loughborough High School strikes a very nice balance between avid learning and fun. The pupils here are keen to learn – any teacher will be well aware of the value of such a trait. But this isn’t a place that raises characterless automatons; instead, the school celebrates its pupils’ good-humoured attitudes, encourages individuality, and never lets a lesson pass without the sound of laughter. The result: a genuinely pleasant and productive place to work for both pupils and teachers.

That’s what this school does – it gives children the environment that allows them to extend themselves beyond the self-perceived boundaries of their own capability.

"That’s what this school does – it gives children the environment that allows them to extend themselves beyond the self-perceived boundaries of their own capability." 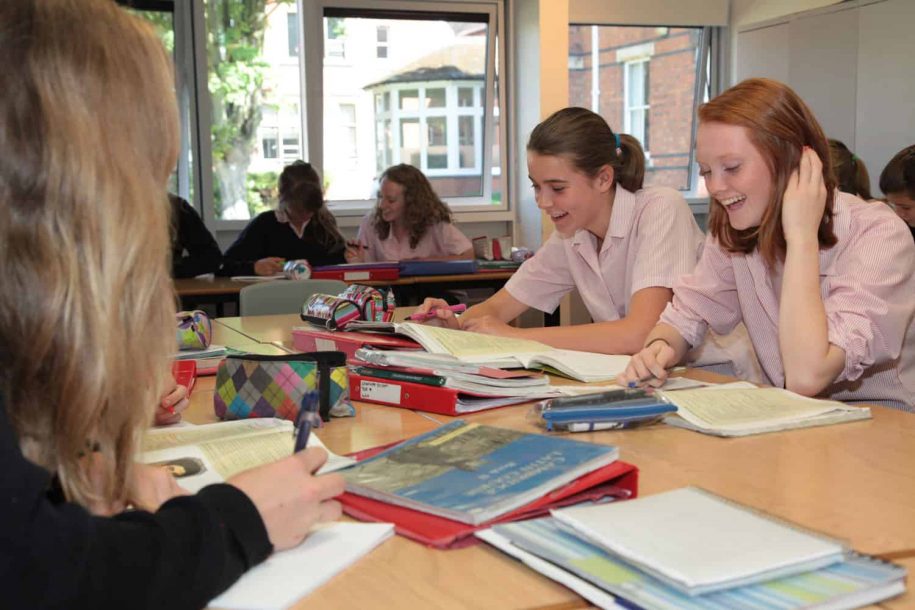 The school has given me the opportunity to widen my role beyond the teaching of my subject: I have taken charge of the debating society, which has included the organisation of trips to regional competitions; I have assisted with Duke of Edinburgh expeditions and a maths ‘masterclass’ for visiting primary schools; I have mentored candidates for the Extended Project Qualification in the sixth form; I have even strutted my stuff on stage during the Christmas pantomime. A friend of mine on the staff is currently preparing an outing to the Morgan car factory, which I hope to get involved with. There is enormous potential to be tapped for teachers who embrace the extra-curricular, and who have ideas for clubs or trips they could organise.

I remember a moment from one of my year 7 lessons which I think quite neatly encapsulates some of the school’s special qualities. The pupils were taking part in a poetry reading competition – a delightful exercise for some, but a source of consternation for others. One particularly quiet girl approached me on a couple of occasions during the preparation stage to request her exclusion, claiming insufficient ability to deliver a good reading to an audience; I persisted with my gentle assurance that she would do a perfectly decent job if she gave it a shot. She proved me quite wrong by doing something much more than a decent job – her beautiful delivery of Dylan Thomas’s ‘Do not go gentle into that good night” resulted in one of those awe-struck moments I described earlier. That’s what this school does – it gives children the environment that allows them to extend themselves beyond the self-perceived boundaries of their own capability.