Back to Combined Cadet Force

Each of our four sections naturally has its own flavour:

The Royal Navy Section sail as much as possible during the warmer months and during those periods cadets will return to School later in the afternoon, typically between 17:00 and 18:00 – please bear this in mind when applying.

The Army Section training is focused on basic infantry fieldcraft tactics, team building, and rifle skills, and Army cadets typically form the bulk of the prestigious Patrols Platoon and the School shooting team.

The RAF Section endeavours to get its cadets off the ground at least once a year (more for those attending camps), most commonly in gliders or light aircraft, and some cadets can earn their solo flying wings and even a private pilot’s licence via a Flying Scholarship. On the ground, training covers leadership, principles of flight, and developing knowledge of the RAF.

The fourth option is the Corps of Drums. Students do not need to be musicians to join, just willing to learn a new skill! The Corps of Drums forms the centrepiece of our Remembrance Parade and our Annual Review. Students will learn how to play the snare drum, fife, or bugle while marching, with occasional opportunities to take part in other activities such as archery and air rifle shooting. Field Days are usually spent with visiting instructors (in 2018 this was a bandmaster of the RAF Band). Unlike the military sections, there is no joining fee or subscription for the Corps of Drums. Alternatively, students may join one of the military sections and also be a member of the Corps of Drums by attending a weekly lunchtime practice.

As part of the options process, students are asked to bid for their preferred section – while we do our best to accommodate first choice, availability of staff and resources may mean that students have to join their second-choice section. Please be aware that the number of places in the Royal Naval Section in particular is strictly limited. 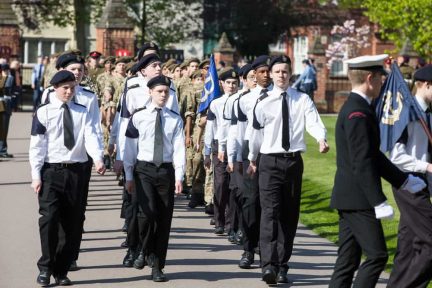 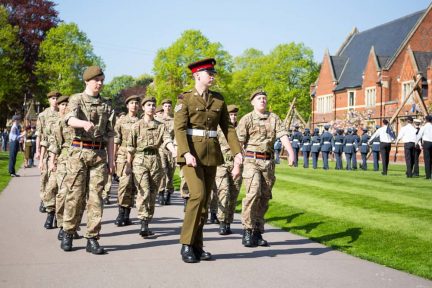 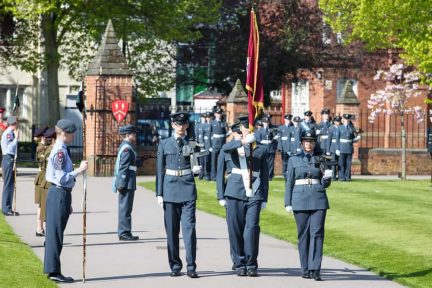 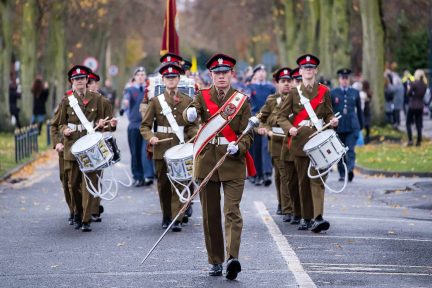