Grace, Aalia and Brendan have been awarded the GSK UK Young Engineers of the Year title at The Big Bang UK Young Scientists & Engineers Competition, for their project entitled “Music Splash”

The students project is an app that uses machine learning to analyse music performance and provides feedback to help you improve and work towards grading. The students say it “guides you to instant perfection and is like a music teacher in an app.”  The students reached the UK finals of The Competition having won a place in the online heats.

Over 500 finalists from across the country were selected to show their ideas at The Big Bang Fair where ten were then shortlisted to pitch Dragon’s Den-style to a panel of VIP judges – including Andrew Smyth (Rolls-Royce aerospace engineer and former Great British Bake-Off contestant), Dr Ozak Esu, IET Young Woman Engineer of the Year 2017 and Roma Agrawal (structural engineer on The Shard, STEM promoter and TV presenter).

The Big Bang Competition is an annual contest designed to recognise and reward young people’s achievements in all areas of science, technology, engineering and maths (STEM), as well as helping them build skills and confidence in project-based work.

The students win £2,000 in prize money to continue on their STEM journey. Additionally, they will have the opportunity to complete work experience at GSK and for the ‘Deadly Diseases’ stage show from the Big Bang Fair to go to their school to teach their classmates all about germs, microorganisms and the spread of bacteria.

Previous winners have gone on to enjoy a range of other achievements on the back of their successes – including winning international awards in China and the US, getting backing from businesses for their projects, and taking part in conference presentations to industry professionals as well as appearing on the television and radio shows to talk about their project.

“The judges have been blown away by the quality of entries from all the finalists – not only for their brilliant new ideas but for how eloquently they spoke about them to the crowds of people at The Big Bang Fair. Huge congratulations to Grace, Aalia and Brendan whose innovative project has seen them crowned GSK UK Young Engineer of the Year.

“It certainly bodes well for the future that the engineers, scientists and inventors of tomorrow are already producing such astute and creative project work – congratulations to all those involved in bringing these ideas to The Fair.” 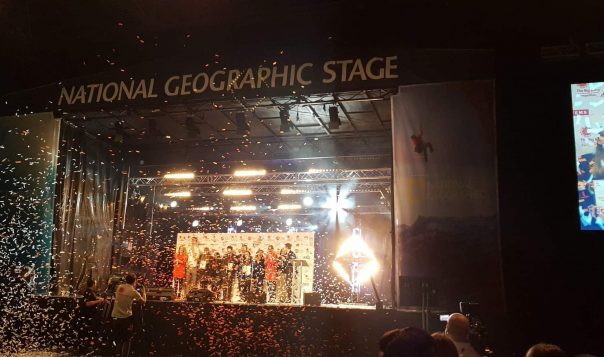 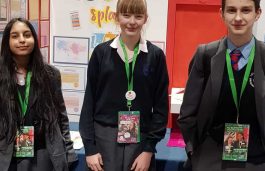 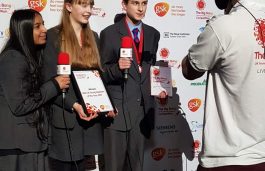 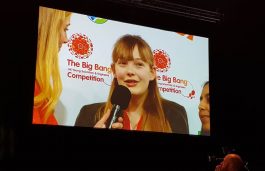 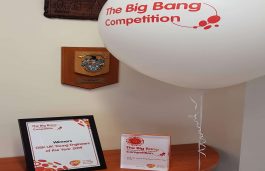 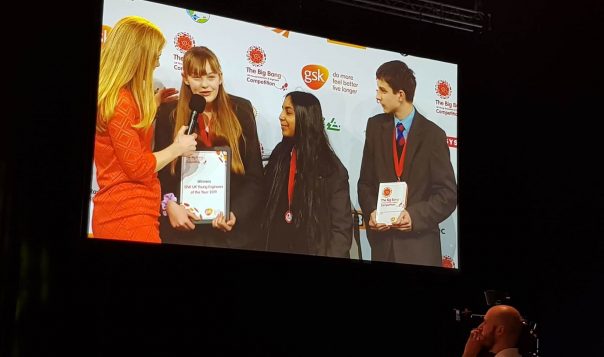 "“Winning this award feels amazing. We know there are hundreds of students that apply for this and so to win is just a dream come true. We never thought that’d be the case so it’s brilliant and we’re excited to see what’s to come. Our goal for the future is to get our app on the app store so watch this space!”"

""Taking home the title of the @GSK UK Young Engineers of the Year 2019 are Grace, Brendan & Aalia Sellar from @LboroSchFdt with their project Smart Music! Once again, huge congratulations on this amazing and potentially life-changing achievement! #BigBangCompetition ""