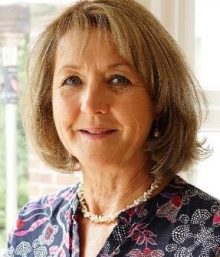 Ann attended a girls’ Direct Grant School before studying Modern and Medieval Languages (French, German and Spanish) at the University of Cambridge.

After a two year Graduate Management Course with National Westminster Bank, she trained to be a teacher and taught Modern Foreign Languages in a number of 11-18 mixed comprehensive schools, where roles included Head of Modern Foreign Languages, Assistant Head and Designated Safeguarding Lead, timetabler and Deputy Headteacher. She also worked in a Further Education College, where in addition to teaching French and German to A Level students, she was responsible for organising courses in professional development for Derbyshire teachers and for selling modern languages training to industry. At the University of Sheffield, she worked in the Education Department, training teachers of Modern Languages. Most recently, she retired in September 2020 from her post as Principal of King Edward VI High School for Girls, a selective girls’ independent school which was repeatedly named the Sunday Times ‘Parent Power’ School of the West Midlands during her tenure.

Post retirement, she moved back to Derbyshire where she enjoys walking with her husband and dog in the beautiful Peak District, seeing friends and gardening. She also enjoys theatre, opera and classical music and having time to read again.