Lemyngton used part of Thomas Burton’s estate to found LGS in 1495 to educate boys from poorer background and went on to donate his own money to expand the School. In 1850 the Burton Charity established Loughborough High School and Fairfield.

On 29 April 1495, just before he died, a deed of feoffment granted to Ralph Lemyngton and six other residents all of Thomas Burton’s lands and tenements in the parishes of Loughborough, North Cotes, Hoton, Long Whatton, Harby, Stathern, Thrussington, Prestwold, Burton-on-the Wolds, East Leake, Willoughby on the Wolds and Sutton Bonington. Thomas Burton had considerable lands across both Leicestershire and Nottinghamshire which then generated a considerable income and this formed the basis of the Burton Charity.

We know from his will that the one thing Thomas Burton was keen to do with this money was to pay for the upkeep of the bridges, especially over the River Soar, but once this was done there a lot of money left over and Ralph Lemyngton, who was an educated man, almost certainly decided to use this to set up a School, which would also form part of the chantry in the Parish Church to sing mass for the Soul of Thomas Burton after he died in 1496.

There are two other clues that it was Ralph Lemyngton who founded the School. In 1496 he applied to the College of Heralds to have his shield approved, and that shield is above the west door of the Parish Church which was the School’s home for the first 98 years and is the shield that the School adopted as its own in 1873. Secondly, in his will in 1521, he definitely leaves money for two extra staff for the School that he almost certainly founded.

He would have been totally forgotten had it not been for Percy Davenport who was at the School from 1895 to 1901. After leaving School he went on to hold an important position in the Ministry of Health but he was also regarded as an archaeologist and local historian.

In the early 1930’s he returned to the history of his old School and contributed a series of articles to the Loughburian. These dealt with its origins, its early scholars and particularly with the part played in its foundation by Ralph Lemyngton, and through the College of Heralds he established that the Lemyngton Arms were adopted as the arms of the School, rather than just using them without any permission as it had been doing since 1873.

In 1936 he sent the following letter to the Town Council:

Sir,—So far, I have heard, the street now being con­structed, linking Church-gate with Baxter-gate, over the site of the recently demolished Church Gate Schools, has not yet received a name. If this is so, and it is not too late, I should like to be permitted to commend the suggestion that it be named Lemyngton Street, to commemorate the name of one who deserves well of the inhabitants of Loughborough— Ralph Lemyngton.

The Lemyngton family were important merchants of the Wool Staple of Calais, and Ralph, who lived close to the church (he had a house in Sparrow-hill) was perhaps the most influential of the family. Not only was he related to Thomas Burton and the Wyggestons of Leicester, but he was one of the early feoffees of the Loughborough Town lands which now carry the name of the Burton Charity, although the lands embraced far more property than the lands from which the Town Trust takes its name.

Lemyngton’s coat of arms, perpetuated in the familiar Grammar School and High School badges, is carved in stone over the west door of the Parish Church of All Saints’, Loughborough, together with the arms of the Staple of Calais; which goes to suggest that he was largely responsible for the building of the present church tower. He also founded a chantry in the church, with revenues far greater than that endowed by Thomas Burton; and he lies buried in the church in which he worshipped.

The more one studies Ralph Lemyngton, the stronger does the conviction grow that he has deserved far better of Loughburians than they have hitherto realised. It would be a small and tardy act of recognition to give his name to the new street hard by where he lived, and near the monuments of his piety and public spirit.

The Council agreed and finally the name Lemyngton had appeared in Loughborough, although potentially few people who drive or walk down Lemyngton Street now actually know who Ralph Lemyngton was.

His name still did not appear anywhere in the School that he almost certainly founded and that is what we have corrected this month, 86 years after Percy’s letter to the Council.

There has always been confusion as to what the L in L block stands for. For boys before 1964 it stood for Laboratory, as it was the Science buildings. For those since 1964 most think it stands for Library and have you ever wondered what happened to L2 and L3? These were the first two laboratories. Naming the L block buildings, the Lemyngton Buildings, removes this confusion. 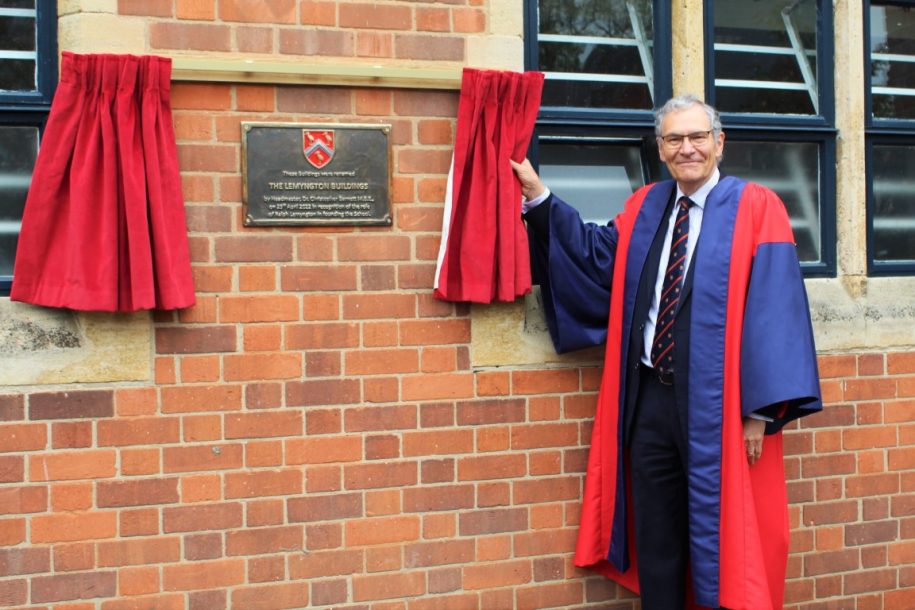 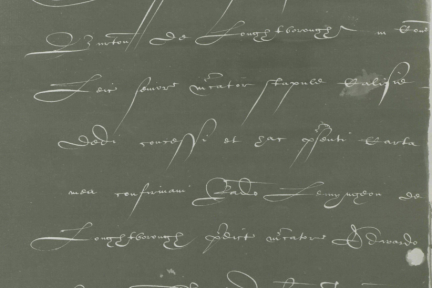